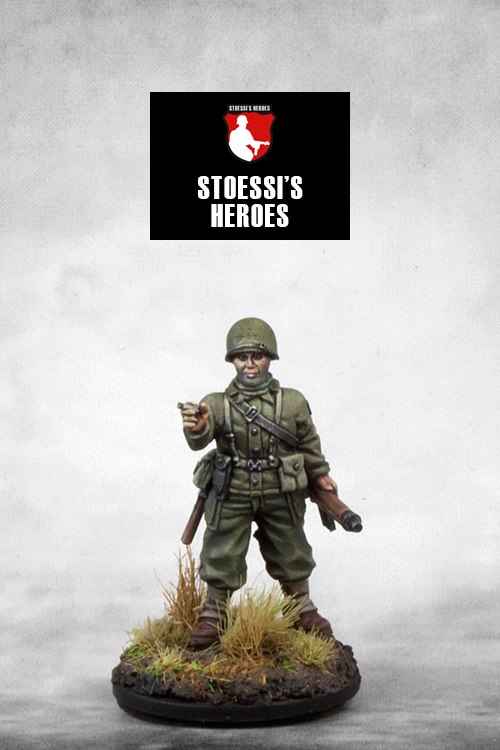 This model is inspired by Ernest J. Miller, Private First Class, 327th Glider Infantry Regiment, 101st Airborne Division. He received a Distinguished Service Cross during Market Garden. During an assault, he fired his Browning Automatic Rifle at the enemy until a defect in his weapon caused it to blow up. Armed with a trench knife, he stormed a machine gun position, and captured three machine gunners.

ENGLISH:
US glider infantry soldier in 28mm – great for Bolt Action and other WW2 wargames.