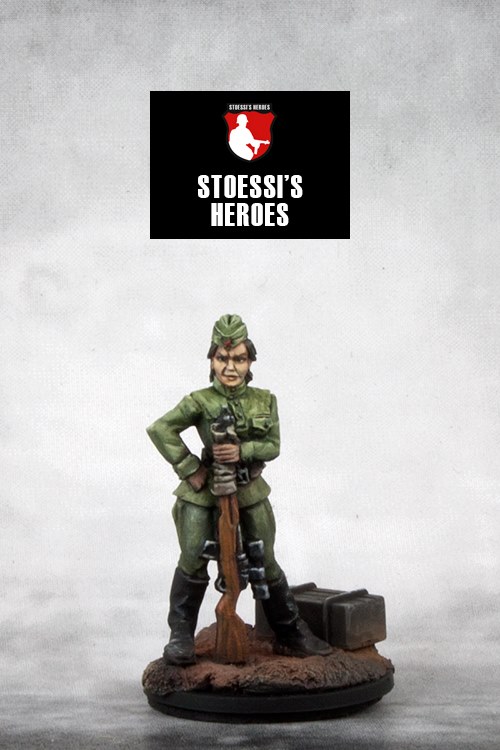 This piece is inspired by Liudmyla Mykhailivna Pavlychenko, a Ukrainian Soviet sniper during World War II. Credited with 309 kills, she is regarded as one of the top military snipers of all time and the most successful female sniper in history.

Female Red Army Sniper Lyudmilla in 28mm – great for Bolt Action and other WW2 wargames.
This miniature is cast in white metal* and shipped without a base.

Material: White metal
# of parts: 1
Scale: 28mm
Note: The miniature comes unpainted and might require assembly.
* NOTE ON SAFETY – THIS IS NOT A TOY AND NOT SUITABLE FOR CHILDREN UNDER THE AGE OF 14. CONTAINS SMALL PARTS THAT MAY BE HARMFUL IF CHEWED OR SWALLOWED.