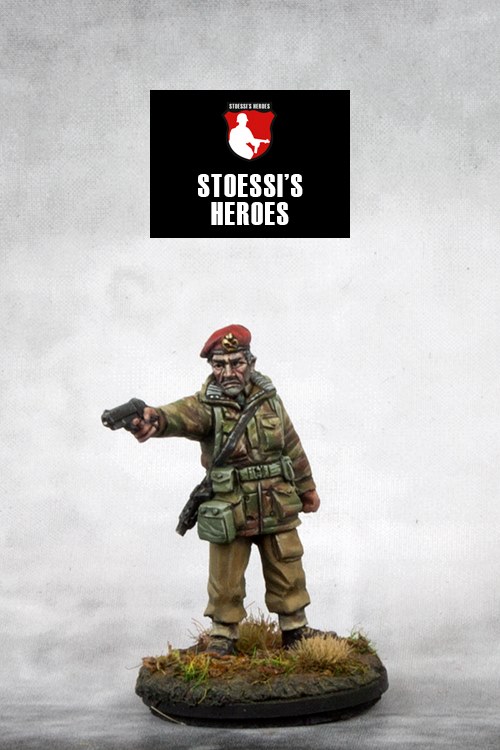 This piece is inspired by the movie “A bridge too far”, a classic from 1977. It is based on the historical events around Operation Market Garden. In the movie, Sean Connery plays Major General Roy Urquhart of the 1st British Airborne Division. The miniature is based on a particular scene where he shoots a German soldier through a window from inside a building.

British Airborne General – Roy in 28mm – great for Bolt Action and other WW2 wargames.
This miniature is cast in white metal* and shipped without a base.

Material: White metal
# of parts: 2
Scale: 28mm
Note: The miniature comes unpainted and might require assembly.
* NOTE ON SAFETY – THIS IS NOT A TOY AND NOT SUITABLE FOR CHILDREN UNDER THE AGE OF 14. CONTAINS SMALL PARTS THAT MAY BE HARMFUL IF CHEWED OR SWALLOWED.