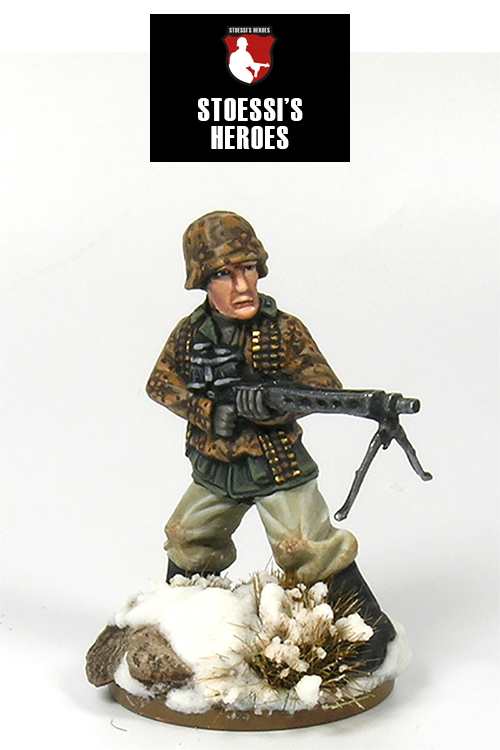 SKU: SH-GER009
$7.50
$7.50
Unavailable
per item
During the battle of Luzhno in Russia, Christen’s crew knocked out 6 attacking tanks. The next day their PaK38 (AT gun) took a hit killing all crew members and wounding Christen. He manned his cannon alone, holding on without supplies for the next three days. When his gun sight was shot out he aimed using the gun barrel. When counter-attacking German soldiers recaptured Luzhno, they found Christen: 13 destroyed tanks and about 100 killed soldiers were in front of his position . He was awarded the Knight’s Cross, making Christen the youngest in the Waffen-SS and first enlisted man in his division to be given this honor.
ENGLISH:
German Oberscharführer in 28mm – great for Bolt Action and other WW2 wargames.