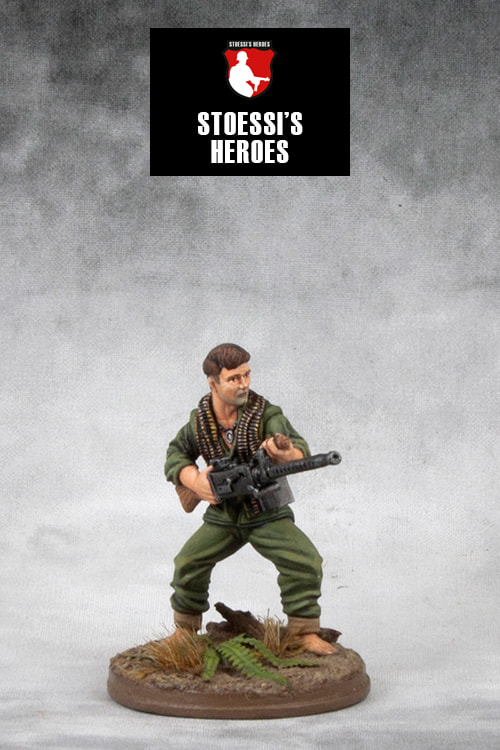 US Marine Corps Corporal Tony Stein
Stein customized a .30 caliber M1919 Browning machine gun from a wrecked Navy fighter plane into a highly effective personal machine gun nicknamed “Stinger”. He landed on Iwo Jima February 19, 1945 with his unit and in the assault, he destroyed multiple pillboxes. The Stinger’s high rate of fire led quickly to Stein running out of ammo. Kicking his shoes off and throwing his M1 helmet down, he ran back eight times to get fresh ammunition for the Stinger. Each time he ran to the rear he also aided wounded Marines to safety. Stein and the Stinger pushed forward, mercilessly assaulting the dug in Japanese throughout the battle.