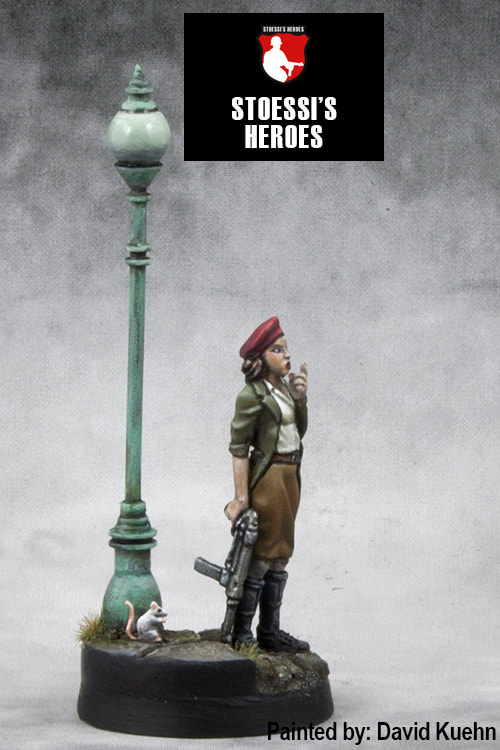 Nancy Wake was a hard-drinking, hard-fighting WWII special agent, saboteur, and Maquis commander who survived four days of Gestapo interrogation, saved over two hundred downed Allied pilots from falling into the clutches of the Nazis, blew up a couple German supply depots, had a bounty of five million Francs placed on her head, and then killed an SS soldier with her bare hands.

She was the Allies’ most decorated servicewoman of WWII, and the Gestapo’s most-wanted person. They code-named her ‘The White Mouse’ because of her ability to elude capture.

Resistance fighter heroine in 28mm – great for Bolt Action and other WW2 wargames.This miniature is cast in white metal* and shipped without a base.

Street lamp and mouse NOT included!