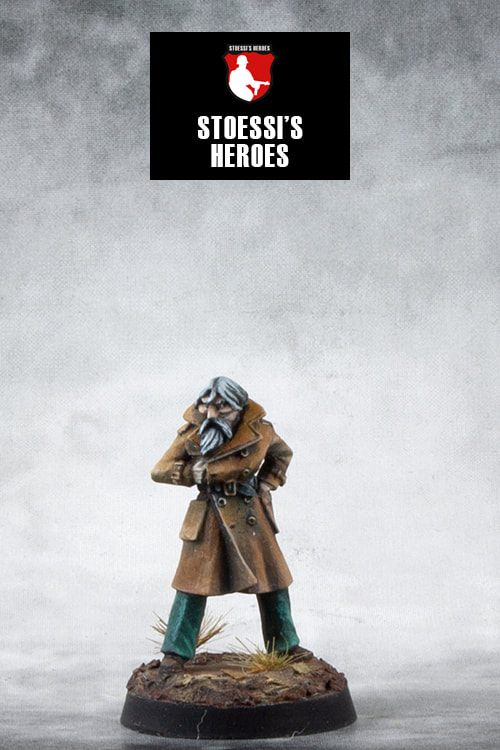 Grigory is a purely fictional character so he doesn’t really fit the bill for our category historical heroes. He also isn’t inspired by any movie or TV show, so he’s really completely made up and never existed. But if he had, I’m sure he would have been tough as nails and he’d have many stories about how he took revenge on the Germans after they killed his old parents and burned down their farm. The story about him would probably involve lots of conspirational meetings, sneaky sabotage and deadly encounters with German patrols (deadly for the Germans of course).

ENGLISH:
Partisan fighter in 28mm – great for Bolt Action and other WW2 wargames.