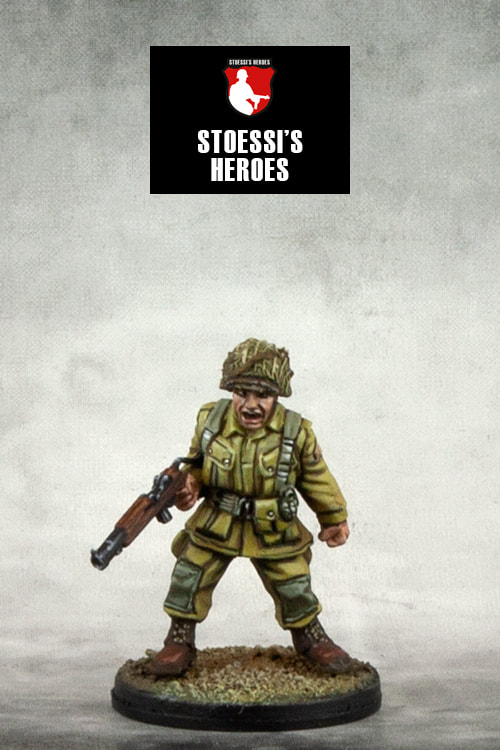 SKU: SH-USA007
$7.50
$7.50
Unavailable
per item
Clifford Carwood Lipton was with Easy Company, 2nd Battalion, 506th PIR, 101st Airborne.
On the battlefields of Europe, he was promoted to Company First Sergeant and ultimately was awarded a battlefield commission to Second Lieutenant. He said “it was the greatest honor ever awarded” to him. He eventually earned a promotion to First Lieutenant before leaving the Army.
Lipton was always keeping the men’s spirits high, pushing them to their full potential. This was recognized by the officers of Easy Company. He was also known as “The Man”.
ENGLISH:
US Airborne First Lieutenant in 28mm – great for Bolt Action and other WW2 wargames.