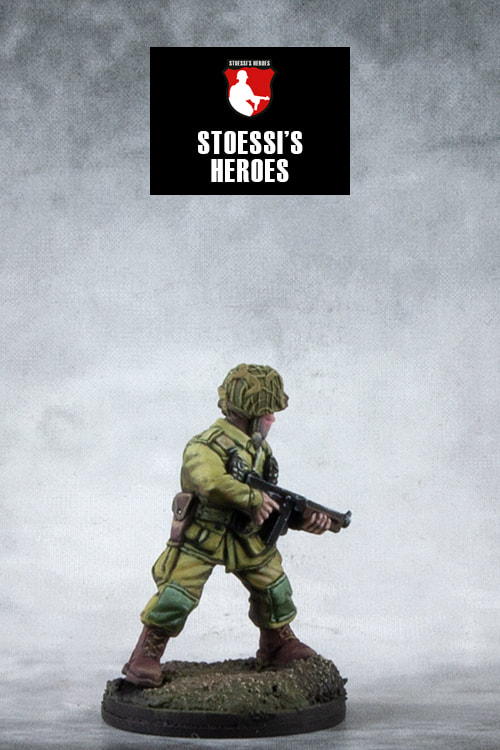 SKU: SH-USA013
$7.50
$7.50
Unavailable
per item
Lynn Davis “Buck” Compton was a commissioned officer with Easy Company, 2nd Battalion, 506th PIR, in the 101st Airborne Division.
During the company’s action at Brécourt Manor on D-Day, Compton and others, under the leadership of Lieutenant Richard Winters, assaulted a German battery of four 105 mm howitzers firing on Utah Beach, disabling the guns and routing the enemy.
Compton took one of the gun emplacements by himself and was awarded the Silver Star for his actions during the assault.
ENGLISH:
US Airborne First Lieutenant in 28mm – great for Bolt Action and other WW2 wargames.