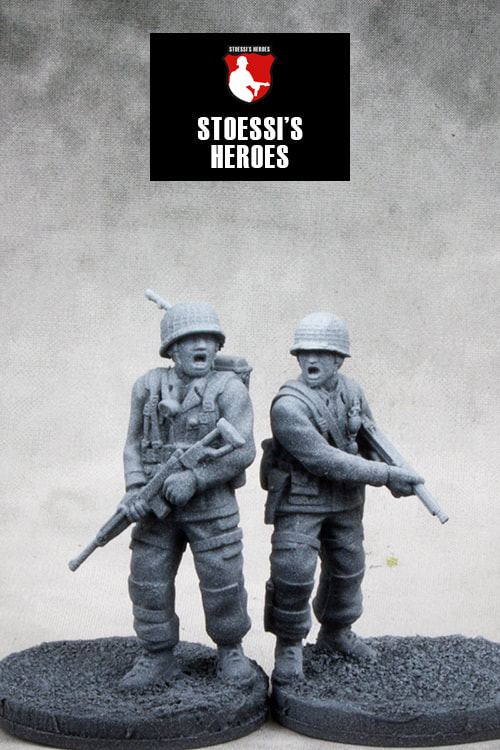 In the HBO miniseries Band of Brothers, they fight side-by-side during the assault on Carentan.

US Airborne T/4 and 1st Lieutenant in 28mm – great for Bolt Action and other WW2 wargames.