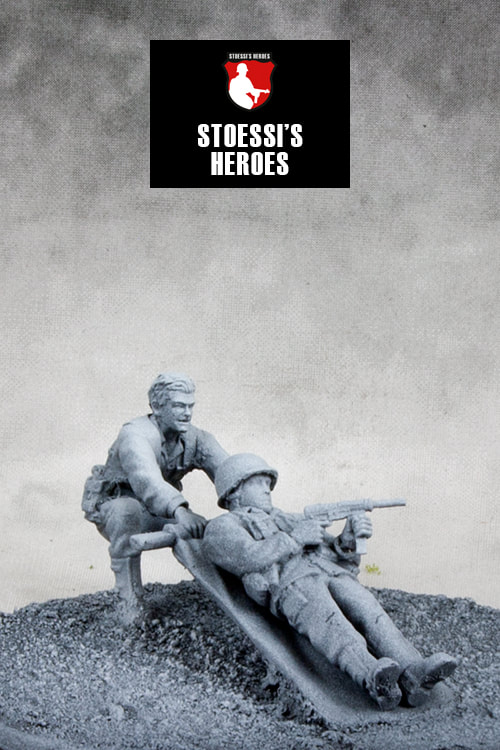 Desmond Thomas Doss was a United States Army corporal who served as a combat medic with an infantry company in World War II. After distinguishing himself in the Battle of Okinawa, he became the first conscientious objector to receive the Medal of Honor for actions above and beyond the call of duty. He is also the only conscientious objector to receive the medal during World War II.

“Help me get one more.” – Desmond Doss

US Combat Medic in 28mm – great for Bolt Action and other WW2 wargames.