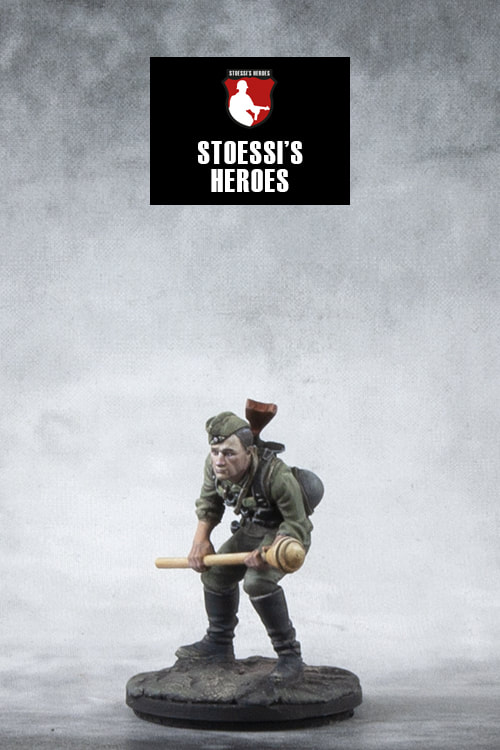 Günther Viezenz was a Hauptmann (Captain) of 10th Company, Grenadier-Regiment 7 of the 252nd Infantry-Division. No German soldier was awarded more Tank Destruction Badges than him: he destroyed single handedly 21 enemy tanks with close combat weapons such as handgrenades, panzerfaust, t-mines or hollow charges.

This was the highest number of enemy tanks destroyed single-handedly by an individual. He was awarded the “Tank destruction Badge” in Gold (4x) and in Silver (1x). This award was not given to anti tank units.

German Hauptmann in 28mm – great for Bolt Action and other WW2 wargames.