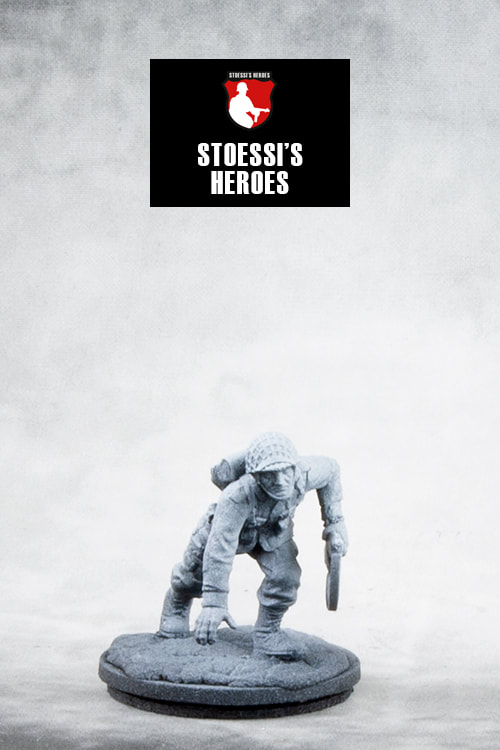 Julian Aaron Cook gained fame during WWII for his crossing of the Waal river during Operation Market Garden in 1944. As Cook’s first wave began their crossing, the wind blew away the smokescreen, leaving the men in the water open and visible to the German guns. As a Catholic, Cook loudly recited Hail Mary during the crossing, spurring his men on under the withering fire. He took charge of the boats and pushed the men along. Once ashore, they cleared the river bank, assaulted the railway bridge over the highway leading to the main road bridge in the village of Lent. Cook was subsequently awarded the Distinguished Service Cross.

US Airborne Major in 28mm – great for Bolt Action and other WW2 wargames.