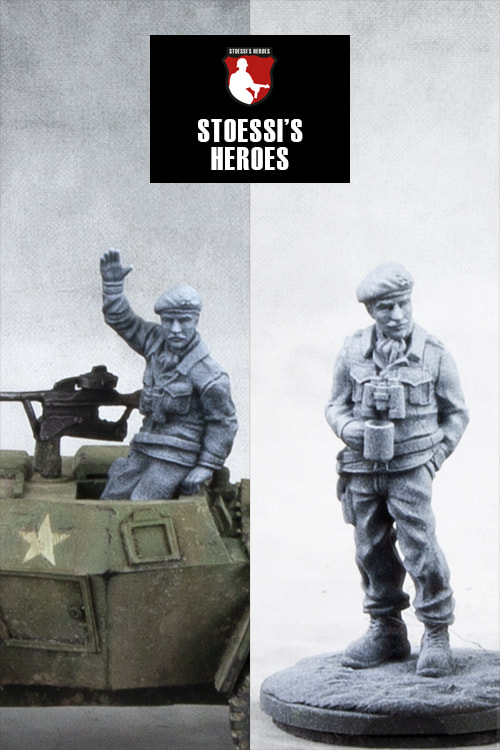 Lt. General Horrocks:[…] “The Irish Guards, under the command of Colonel Vandeleur, will take the lead.”

Lt. Colonel J.O.E. Vandeleur: [whispering to his adjutant] “Christ, not us again.”

Lt. General Horrocks: [Hearing Vandeleur’s statement to his adjutant] “What do you say to that, J.O.E?”

British Army Brigadier in 28mm – great for Bolt Action and other WW2 wargames.