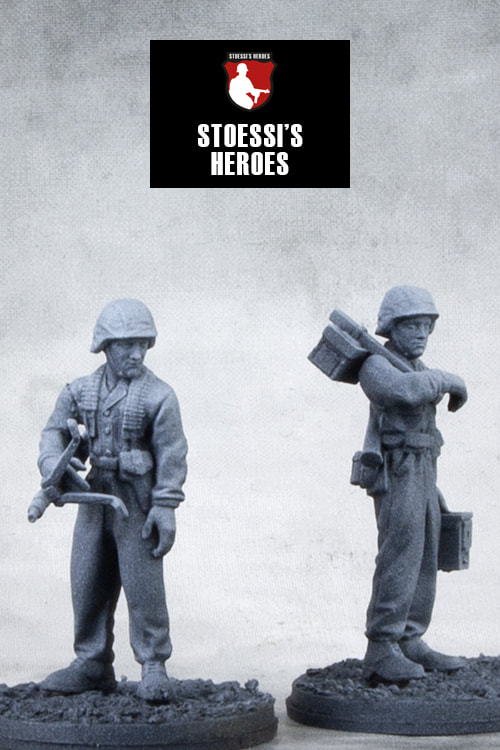 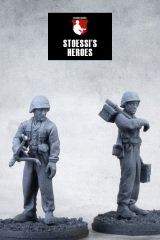 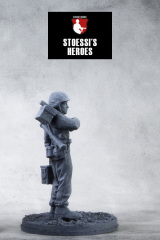 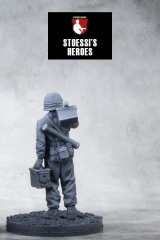 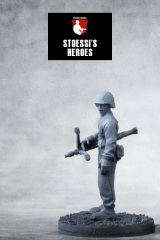 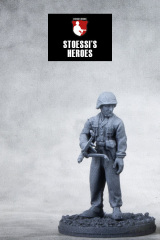 Schuh and Funk were working together as a machine gun crew on the Western Front with the special SS unit, SS-Panzer-Division “Hitlerjugend” in the summer of 1944. Both were given the Iron Cross for knocking out a Canadian Churchill tank with just an MG-42 machine gun. With no other weapon at their disposal, they aimed tracer rounds at a fuel tank on the Churchill and took out the enemy tank.

While Funk survived the war and passed away in 2011, Schuh was killed in action in June 1944.

German Sturmmann and German Grenadier in 28mm – great for Bolt Action and other WW2 wargames.