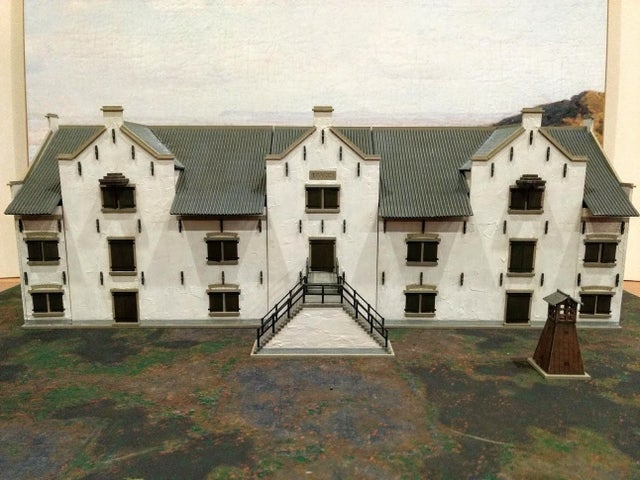 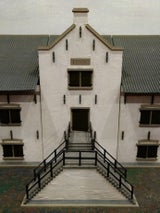 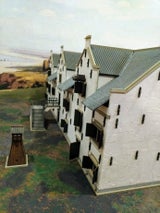 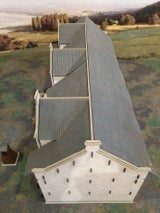 Removable roof section & removable and magnetized front and back walls

​Due to the size of this item please allow up to five business days before shipping!

Add to Cart
The Dutch Trading Post in Hirado was a hub of East Asian trade. In 1609 the Tokugawa shogunate permitted the VOC (Vereenigde Oostindische Compagnie: Dutch East India Company) to trade with Japan after which the Dutch Trading Post was constructed in Hirado under the guidance of Matsura Takanobu, lord of Hirado. According to descriptions from the diaries of Trading Post captains, the VOC started out renting one building, but as trade grew they gradually expanded their facilities in 1612, 1616, 1618, 1623, 1637 and 1639. The warehouses built in 1637 and 1639, after the Taiwan Incident (a conflict with Japan regarding Chinese trade in Taiwan) in 1628 which caused trading relations to stop for 5 years, were especially large in scale and were symbols of the VOC’s blooming trade.
However, on the 9th of November 1640, by order of Shogun Tokugawa Iemitsu, Governor-General Inoue Masashige instructed all Dutch buildings to be destroyed. The reason for this order was the year 1639 displayed on the Trading Post’s gable. As it is a date in accordance with the Christian calendar it was in violation with the Anti-Christian policy active during the time.
In May 1640 the Dutch Trading Post was moved to Dejima in Nagasaki. This marked the end of 33 years of Dutch Trade in Hirado. After that, the Trading Post area was returned to the city and shipyards were built along its coastline.
​
http://hirado-shoukan.jp/english/about.html 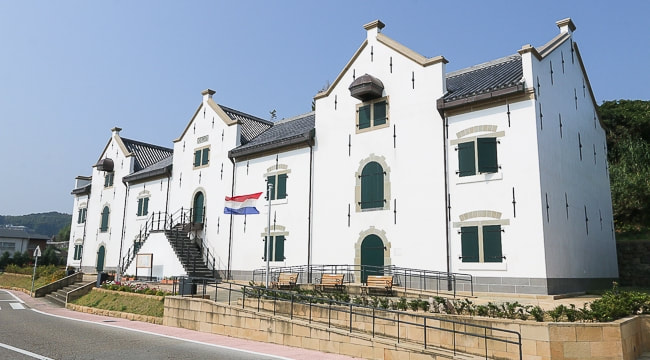