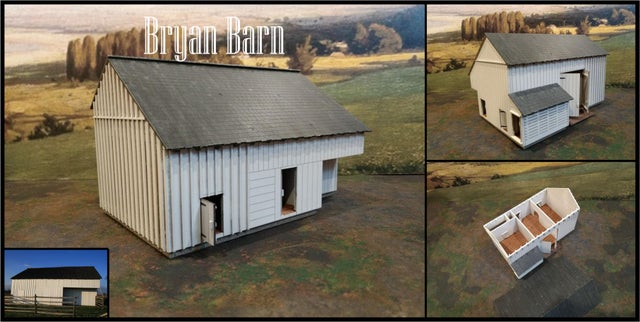 Add to Cart
The Bryan farm is on the Gettysburg battlefield just south of town in Ziegler’s Grove on both sides of Hancock Avenue. The farmhouse is on the east side, and the barn is on the west.
It was the home to Abraham Brian (often spelled Bryan). He was an African American widower with five children. Brian bought the farm in 1857 when he married his third wife, Elizabeth. The twelve-acre farm grew wheat, barley, and hay. It also had had a small apple and peach orchard.
​The small farmhouse with two rooms and a loft became the headquarters of General Alexander Hays' Division of the Union 2nd Army Corps. It was on the front lines during the fighting on July 2nd and 3rd.
Source: https://gettysburg.stonesentinels.com/battlefield-farms/brian-bryan-farm/