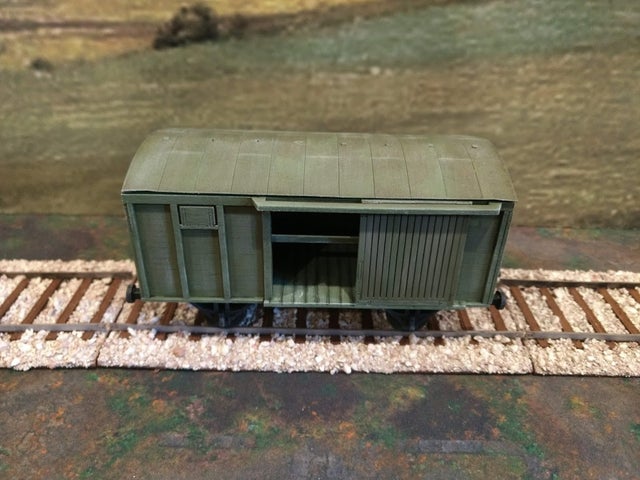 Add to Cart
In 1875, the Imperial Russian Railway developed a 2-axle "Normal Boxcar" (NVT) with a payload of 18 tons and a capacity of "40 persons or 8 horses". The primary purpose was fast transport of troops, and the "Teplushka", as it was called popularly, in fact became the rail transport backbone in two upcoming world wars. As so often, the construction was as simple as durable using such materials as wood, felt and sawdust for building and insulating the floor, sidewalls and roof.
In 1931, a major modernisation took place increasing the payload to 20 and the tara to 11 tons; furthermore, the old spoked wheels were replaced by solid ones and the open platform was cut off. Even though subsequently substituted by the 4-axle boxcars, the hundreds of thousands of Teplushkas built before and during the Great Patriotic War transported millions of soldiers to the front, as well as Axis prisoners to the prison camps and civilian deportees to the GULAGs.
Source: https://www.o5m6.de/redarmy/teplushka.php